It’s Not a Competition ❤️

If you’re a ‘grammer, then you’ve likely noticed a big change. Instagram CEO Adam Mosseri announced that the Facebook-owned photo-sharing app is going to begin the hiding of “likes” (❤️) in the USA. While users could previously see how many likes others had received on their posts, now they will only see the likes on their own photos. 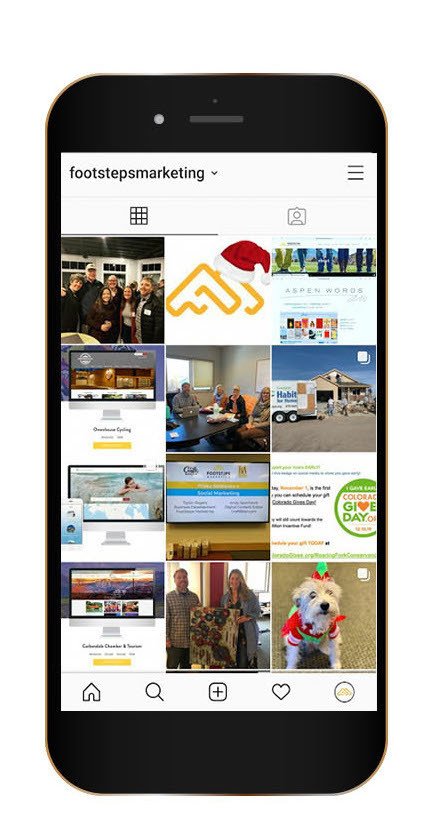 According to PetaPixel, Instagram’s experiment with hiding likes began back in May when the company suddenly began testing the removal of the feature for users in Canada. This, of course, is prompting some less-than-favorable responses from Influencers and agencies whose livelihood relies on, in part, public like counts. However, we at FSM are thrilled with the idea.

Based on Instagram CEO’s statements, Instagram will begin rolling this “test” out to US users early November, so some of you may have already noticed as you scroll through your Insta-Feed that you don’t see 1 million likes on a Beyonce post nor will you see a handful of likes on a nonprofit post.  Why we love Instagram’s move to ditch the numbers? “We will make decisions that hurt {Instagram’s} business if they help people’s well-being and health,” Mosseri said, according to Wired. FootSteps Marketing holds mental health as a high priority and the anxiety and social pressures that come from the mobile-app are becoming more acute and particularly in a mobile-first world.

Likes aren’t completely gone, rest assured we’ll continue to base some of the value of our work on likes, but also engagements, shares and overall followers. You can still view the like count on your own photos and videos — just not posts from others. And by removing that aspect, Instagram has relieved people of the high-impact social pressure of being a user of the platform.

As marketers, we know that meeting your consumers where they are is a critical piece of the puzzle, but excessive social media use can be problematic, leading to sleep disruption, productivity loss, and interpersonal conflicts.

Some experts see the rise in depression as evidence that the connections social media users form electronically are less emotionally satisfying, leaving them feeling socially isolated. “The less you are connected with human beings in a deep, empathic way, the less you’re really getting the benefits of social interaction,” points out Alexandra Hamlet, PsyD, a clinical psychologist at the Child Mind Institute. “The more superficial it is, the less likely it’s going to cause you to feel connected, which is something we all need.”

As it turns out, losing the ability to see how many likes your fellow ‘grammers get could greatly impact how we use the app. By removing likes, Instagram also takes away reference points for users to compare their numbers to others. Again, as digital marketers who make their living on growing interactions online and reiterating the importance of it, we also know firsthand the dangers of social media.

There are really positive things about Instagram and social media, obviously. Social media allows for connectivity with old friends, creating new networks and building bridges between communities. We love the work we do but we know that, as with anything powerful, using it for good and setting it up so that others don’t fall prey to its negativity is key. THat’s why we totally stand behind Instagram’s changes.

To learn more about how we do social marketing, drop us a line. Learn more about FSM’s team and culture and values or learn about our mental health and mindfulness efforts in the office. You can follow us on Instagram, but be prepared to get tips and see internet-high-fives only ❤️.

"My old site was HORRID. FootSteps Marketing rebuilt my website and it now looks AMAZING. So clean and much more professional. They are very thorough and incredibly helpful."
Larry Leake, Douglas Hardware Hank